The 25th Session of the Conference of the Parties (COP 25) to the United Nations Framework Convention on Climate Change (UNFCCC) was held under the Presidency of Chile in Madrid, Spain on 02nd – 15th December 2018. The conference, which was expected to conclude on 13th December, was extended till 15th December 2019 to arrive at a consensus on a range of issues, particularly Article 6 of Paris Agreement, Warsaw International Mechanism for Loss and Damage associated with Climate Change Impacts and climate finance.

Addressing a Press Conference in New Delhi today, Union Environment Minister, Shri Prakash Javadekar said that with the exception of climate finance issues, overall, India considers the outcome of COP 25 a balanced outcome which addresses concerns of all Parties, especially the developing countries and provides the necessary building blocks for successful implementation of the UNFCCC and its Paris Agreement.

“India engaged constructively in the negotiations while protecting India’s key interests including consideration of principles of  equity and Common but Differentiated Responsibilities and Respective Capabilities (CBDR-RC); need for enhanced means of implementation, including climate finance, technology transfer at affordable costs and capacity building support, from developed to developing countries in accordance with their obligations under the UNFCCC and Paris Agreement.”, said Shri Javadekar

India’s efforts to mitigate climate change, and to conserve environment was appreciated at the recently held 25th session of the Conference of Parties to the United Nations Framework Convention on Climate change: Union Minister @PrakashJavdekar #COP25 @moefcc @India4Climate 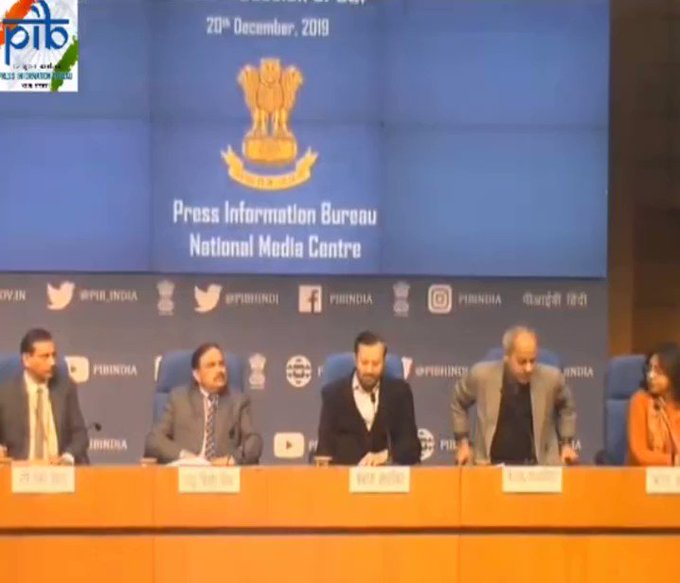 47 people are talking about this 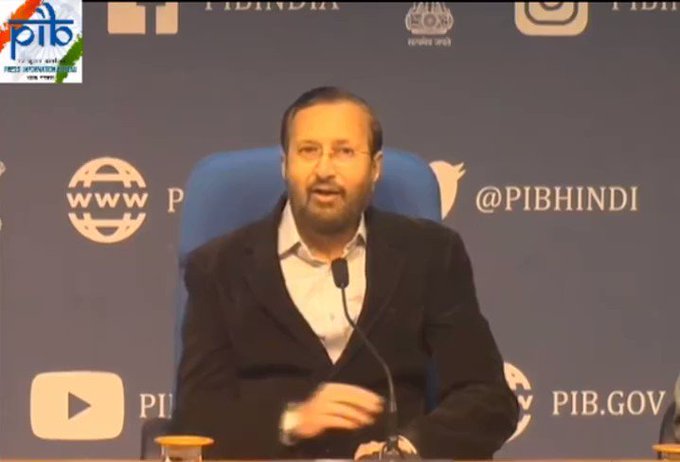 161 people are talking about this

The COP 25 decision, titled Chile Madrid Time for Action, emphasizes the continued challenges that developing countries face in accessing financial, technology and capacity-building support, and recognizes the urgent need to enhance the provision of support to developing country Parties for strengthening their national adaptation and mitigation efforts. The decision also recalls the commitment made by developed country Parties to a goal of mobilizing jointly USD 100 billion per year by 2020 to address the needs of developing country Parties. On the issue of global ambition for combating climate change, the decision adopted provides for a balanced and integrated view of ambition that includes not only efforts for climate change mitigation, but also for adaptation and means of implementation support from developed country parties to developing country parties.

Some of the Key issues discussed at COP25 are enlisted below:-

Pre-2020 implementation and ambition gaps: On the matter of Pre-2020 gaps in commitments and actions of developed countries under Kyoto Protocol, India, along with other developing countries, was successful in ensuring further work on it. The COP 25 decision provides for assessing the pre-2020 gaps through round tables at COP 26 in Glasgow, with written submissions from Parties. UNFCCC secretariat will prepare a summary report of the pre 2020 gaps in mitigation action and means of implementation support by developed country parties that had commitments under the Kyoto Protocol.

Summary of these roundtables will serve as an input for the second periodic review of the long-term global goal under the Convention, which will start in 2020 and conclude in 2022. The decision on Periodic Review ensures that it will assess the overall aggregated effect of the steps taken by Parties in order to achieve the long-term global goal in the light of the ultimate objective of the Convention, in accordance with the relevant principles and provisions of the Convention and on the basis of the best available science.

Article 6 under the Paris Agreement: the guidance for Article 6 for market and non-market mechanisms could not be agreed due to divergences among Parties. However, India was successful in protecting its key positions in the last draft decision text presented including on transition of Clean Development Mechanism under Kyoto Protocol to the post-2020 period and provision of share of proceeds from market mechanisms as well as cooperative approaches, for adaptation fund to address the climate change adaptation  needs of developing countries. India insisted that fundamental principles of market reliability and parity between Article 6.2 and Article 6.4 must be preserved. India’s concerns are reflected in the draft texts that will be negotiated in further meetings of the COP. India argued for incentivizing private sector through Article 6.4 with adequate returns without requirement of adjusting Nationally Determined Contributions (NDC) that are country driven.

Enhanced Transparency Framework (Monitoring, Reporting and Verification): in the discussions on technical elements under transparency, India argued for a robust transparency framework for both action and support provided by developed to developing countries. Further the common formats should operationalize flexibility for developing countries to reflect the principle of differentiation. Discussion on this matter will continue in the next COP26.

Warsaw International Mechanism (WIM) for Loss and Damage: under the review of WIM for loss and damage associated with Climate Change Impacts, the decision recognizes urgency of scaling-up of action and support, as appropriate, including finance, technology and capacity-building, for developing countries for averting, minimizing and addressing loss and damage, including from Green Climate Fund (GCF). The decision also established the Santiago network for catalyzing technical assistance for implementation of relevant approaches at in developing countries.

Adaptation: On adaptation related matters, India has been stressing on parity between mitigation and adaptation. The COP 25 decision recalls that the provision of scaled-up financial resources should aim to achieve a balance between adaptation and mitigation, taking into account country-driven strategies, and the priorities and needs of developing country Parties, considering the need for public and grant-based resources for adaptation.

India also made a presentation on its second Biennial Update Report (BUR) submitted to UNFCCC in December 2018 under the Facilitative Sharing of Views (FSV) process. The key highlight of India’s second BUR is the achievement of 21% reduction in emission intensity of its Gross Domestic Product over the period of 2005-2014.

India hosted an ‘India Pavilion’ at COP-25 which was a major attraction amongst the visitors that included delegates from different parts of the world, UN agencies etc. The theme of the pavilion was ‘150 years of celebrating the Mahatma’ and it was designed to depict Mahatma Gandhi’s life and messages around sustainable living.