Attitude is a huge thing and small part of Attitude is EGO, Example if Attitude is a Continent then Ego is just a small country in it Attitude can be divided into two parts first Right attitude and Second is Wrong attitude people get confuse between ego and attitude because ego is the part of wrong attitude but the best part is that you can be a good attitude person without having an ego. Likewise, Every Indian is an Asian, but every Asian will be an Indian is not compulsory similarly,

“every Egoistic person will for sure have Attitude, but person who has Attitude doesn’t have Ego”. 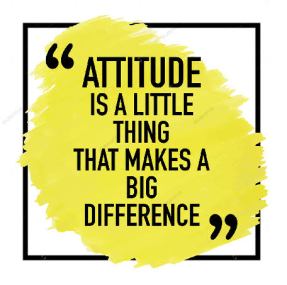 Hence even you should be a person who has attitude you shouldn’t be a person who is egoistic or who has a bad attitude (wrong attitude) Now let’s talk about definition, Attitude shows what we think about other things How we feel and how we respond in any situation whereas Ego always allow us to think about our self-esteem and self-importance for example, person who has a Good Attitude will say No matter what happens I will win whereas an Egoistic person will say, that no matter what happens no one can beat me Good attitude person will live life as if he is the king of the world. Whereas bad attitude person lives a life as if everyone is their slave and everyone should always obey them.

Now let’s talk about today’s Book summary which is related to this Topic Author Ryan has accomplished huge successes in a very young age he was only 19 years when he became the youngest executive in the Talent Management Agency who later did signing of big rock bands, and also did consulting for many books which was sold in millions at the age of 21 he was the marketing director of an amazing Company AMERICAN PAREL. At the age of 25 he was also the best selling author everything was so perfect, but suddenly one day time changed and everything changed in his life he lost everything, he started failing in his life, he made a tattoo in his hand, he tattooed the most important reason of his failure in his hand so that he never forget that and should never repeat that same mistake in his life and can avoid such failure again. 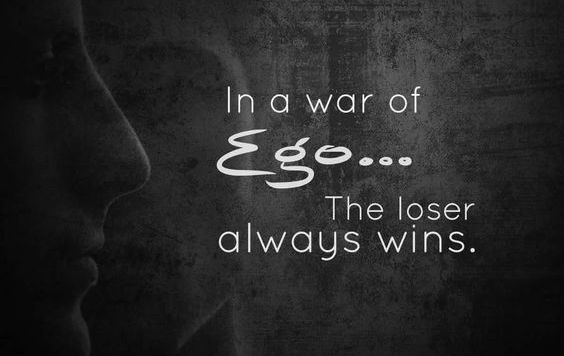 The tattoo which he made in his hand was “EGO IS THE ENEMY” because his ego was the main and the most important reason for his failure and that reason he never wanted to forget Ryan defines Ego as an unhealthy belief which make us obsessed about self-importance. Ryan says that ego is “something which converts our Confidence to Arrogance Ego is that dangerous thing which ruins or destroys our long term goals by just giving us short term satisfaction, and by making us feel; superior from others for just for short time and such ego is not at all right”. Author says that every person in their lives always stays in one stage out of three first stage is ASPIRING, second is SUCCEEDING and third is FAILING:

1.Aspiring, Rohit has seen a video related to body building he loved that video, hence he decided that he will for sure become a bodybuilder no matter what happens after deciding. On first day he started posting workout pictures on social media pages by NO PAIN NO GAIN #WORKINGONMYDREAMS with this he started showing off more than his actions, he do less and show more after few days his entire motivation goes down, and he return to his normal life. Well this happens to many people and the reason for this is EGO Our Ego always makes us think what others are thinking about us therefore instead of taking maximum action for our goal completion. We started doing easy things to impress others such has we started talking more, we start uploading pictures on social media pages which in reality nor impress others not even allow us to complete our goals because in show off and talking same resources are required which is needed to complete our actual goals, which is our time, mental physical health /energy and our will power and mostly we use all these and finish it just by showing off and talking. Hence it will be best if you avoid wasting your energy on talking and in thinking about it all day, start using that same energy in taking action and in completing your goals.

2.Succeeding, at age 18 Howard Hughes took the biggest decision. He gave money to his relatives and bought 100 percent shares of his family business and became owner of that company. It was an Oil drill bit company this was the very bold decision because he wasn’t much aware about the business but still it proved to be the most brilliant move of his, Hughes shifted that company from 1 million dollar to 1 billion dollar he became very successful. His overconfidence or can say his Ego destroyed his success his ego made his career the most embarrassing the most dishonest and waste career in the history. The first huge Success of Hughes made him believe the he is very talented and he can be successful in any business, hence he get into Aviation field, film making and in stock market, and in every field he faced a huge loss in fact a biographer has shown Hughes end life in his book like he was sitting in his favorite chair naked, without taking care of his health, without bathing he was fighting with lawyers with investigators, investors by hiding his every wrong doings. So, that he doesn’t lose his everything Hughes Ego was the reason for his embarrassing end even after getting success he failed miserably most of the time when people get success, then their ego shift them from humble and learning person to overconfident person about their capabilities therefore they failed to maintain their success and hence they lose everything in their lives.

3.Failing, after many scandals and 300 million loss, company gave two options to American Apparel Founder Dove Chaney, first option to resign as a CEO from the company and to work as Creative Consultant and for that he will get a good pay or salary, and second to resign and completely leave the company at that Time Dove rejected both options and chose the third and the worst option which was to FIGHT. He filed a case against his company, he sue his company, instead of searching a better CEO for a company. He made that company to reach to bankruptcy his ego didn’t allow him to think better for his company instead he destroyed his company as well as himself because after that case his life was so devastated that he used to sleep on his friend couch because he was bankrupt, had no money. Ego is something which never allow us to understand our own shortcomings and faults just like an alcoholic who feels the whole world is doing wrong with him. He himself does the worst for himself, without realising that he is the biggest enemy of himself. Similarly, when we fail to achieve something, at that time instead of taking responsibility our ego starts making excuses starts blaming world and others our ego blames and make excuses so that our respect doesn’t decrease hence we do everything but never realize our mistakes and shortcomings because of which we fail to overcome it and fail to get success and achievements in our lives.